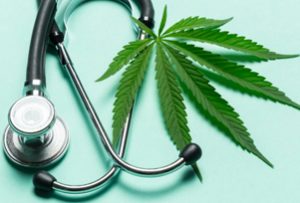 Medical marijuana may have its much-needed health benefits, but it’s affecting the hospitality industry in a negative way. Now a legal drug in 34 states and Washington, D.C., the smell that comes along with it is prevalent. The closest thing the scent is compared to is a skunk’s spray, and some people even find it nauseating.

Despite no smoking signs, patrons don’t always listen when visiting establishments. This has been hurting hotels, motels, hospitals, and car rental agencies. Complaints due to the foul smell leads to refunds and this negatively reflects the name and reputation of these companies.

Odors can communicate how clean a facility is, so when dealing with a strong scent such as marijuana, it is important to not mask the odors, but rather eliminate them completely. When you mask an odor, you end up leaving behind the same foul smell as before, as well as the fragrance you added.

There are several ways to attack the smell of marijuana. Most importantly, you will need an odor eliminator. Spray near where the source originated, after you’ve disposed of the marijuana. Next, try to remove the soil. If there are fabrics involved, wash them if possible. Any furniture, including headboards and couches, should be vacuumed.  Be sure to pay extra attention to textiles. Spray furniture with your odor eliminator until damp and allow it to air dry.

Starting at the back of the room, spray thoroughly, making your way to the entrance. Allow the room to air dry and the spray will continue to work. Hard surfaces can be wiped down, but fabrics do not need to be. Drying time should never take longer than a day.

These practices should become a part of any daily cleaning routine. Tabaco smoke, vapors, and marijuana can all leave behind residue that can cause lasting damage. Though there is a common misconception that vaping does no harm, vapors can be tough as cigarette smoke to get rid of since they leave behind a sticky film on all surfaces.

If your establishment has not been affected by these odors, don’t wait for it to happen. Medical marijuana is becoming legal in more and more states and the impact it has on businesses is real, which can hurt the bottom line of any reputable company Prepare yourself and your staff with the correct tools and knowledge and you will be able to easily nip this problem in the bud.